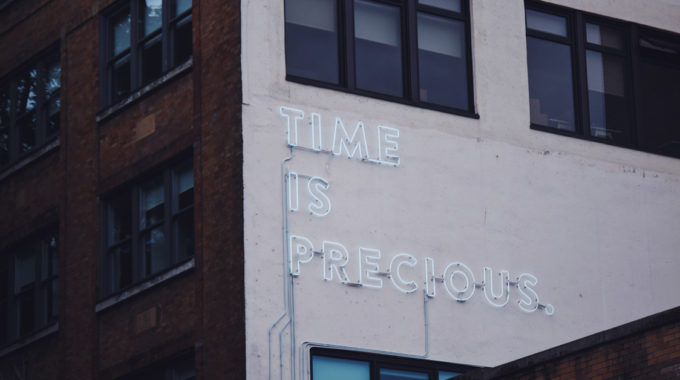 Everyone has felt, at one point or another, that time does indeed “fly” when we’re having fun. Why does it feel different depending on what we do with it? New research examines the neurological mechanisms that form the subjective experience of time.

Space and time are closely related — not just in physics, but also in the brain.

This intimate connection becomes clearer when we take a look at how our brains form episodic memories.

Episodic memories are autobiographical memories — that is, memories about specific events that happened to someone at a specific point in time (and space).

The memory of that first kiss, or of the glass of wine you shared with your friend last week, are both examples of episodic memories. By contrast, semantic memories refer to general information and facts that our brains are capable of storing.

Episodic memories have a pronounced “where” and “when” component, and neuroscientific research shows that the brain area that processes spatial information is close to the one responsible for the experience of time.

Specifically, a new study reveals the network of brain cells that encode the subjective experience of time, and these neurons are located in a brain area adjacent to the one in which other neurons encode space.

The new study was conducted by researchers at the Kavli Institute for Systems Neuroscience in Trondheim, Norway. Albert Tsao is the lead author of the paper, which is now published in the journal Nature.

Neurons that change with time

Over a decade ago, two of the researchers who worked on the recent study — May-Britt Moser and Edvard Moser — discovered a network of neurons called grid cells that were responsible for encoding space.

This area is called the medial entorhinal cortex. In the new study, Tsao and colleagues hoped that they would find a similar network of brain cells that encodes time.

Initially, the researchers were looking for a pattern but struggled to find one. “The signal changed all the time,” says study co-author Edvard Moser, a professor at the Norwegian University of Science and Technology, also in Trondheim, Norway.

So, the researchers hypothesized that perhaps the signal did not just change over time, but that it changed with time.

“Time […] is always unique and changing,” says Prof. Moser. “If this network was indeed coding for time, the signal would have to change with time in order to record experiences as unique memories.”

So, the researchers set out to examine the activity of hundreds of LEC neurons in the brains of rodents.

To do so, Tsao and colleagues recorded the neural activity of rats for hours, during which time the rodents were subjected to a range of experiments.

In one experiment, the rats ran around in a box whose walls changed color. This was repeated 12 times so that the animals could define “multiple temporal contexts” throughout the experiment.

The team examined the neuronal activity in the LEC, distinguishing between the brain activity that recorded changes in wall color from that which recorded the progression of time.

“[Neuronal] activity in the LEC clearly defined a unique temporal context for every epoch of experience on the timescale of minutes,” write the authors.

The experiment’s results “point to the LEC as a possible source of temporal context information necessary for episodic memory formation in the hippocampus,” add the researchers.

In another experiment, the rats were free to roam through open spaces, choosing which actions to take and which spaces to explore in the pursuit of bits of chocolate. This scenario was repeated four times.

Study co-author Jørgen Sugar summarizes the findings, saying, “The uniqueness of the [neuronal] time signal during this experiment suggests that the rat had a very good record of time and temporal sequence of events throughout the 2 hours the experiment lasted.”

“We were able to use the signal from the time-coding network to track exactly when in the experiment various events had occurred.”

Finally, a third experiment obligated the rodents to follow a more structured path, with more limited options and fewer experiences. In this scenario, the rats had to turn either left or right in a maze, all the while searching for chocolate.

“With this activity, we saw the time-coding signal change character from unique sequences in time to a repetitive and partly overlapping pattern,” Tsao explains.

“On the other hand,” he continues, “the time signal became more precise and predictable during the repetitive task.”

According to the study authors, “When animals’ experiences were constrained by behavioral tasks to become similar across repeated trials, the encoding of temporal flow across trials was reduced, whereas the encoding of time relative to the start of trials was improved.”

As Tsao and his colleagues conclude, “The findings suggest that populations of [LEC] neurons represent time inherently through the encoding of experience.”

In other words, say the researchers, the LEC “neural clock” works by organizing experience into a precise sequence of distinct events.

“Our study reveals how the brain makes sense of time as an event is experienced […] The network does not explicitly encode time. What we measure is rather a subjective time derived from the ongoing flow of experience.”

According to the scientists, the findings suggest that by changing the activities and the experience, one can alter the time signal given by LEC neurons. This, in turn, changes how we perceive time.

This allows “the hippocampus to store a unified representation of what, where, and when.”

Can you taste sounds or visualize symphonies of color whenever you hear a song? If…

There are no upcoming events at this time.

Copyright 2018 - All Rights Reserved
In America, about one in three adults struggles to get enough sleep, which is linked to overeating, obesity, diabetes, heart disease, and problems on the job. Our sleep cycles are tied to an internal body clock (circadian rhythm)—and now scientists have discovered not only a gene that controls our normal daily biological rhythm, but also the mechanism by which that gene operates. Because of the importance of sleep to health and well-being, these discoveries are expected to have vast implications for human health and well-being. Read more...
Holler Box
The Sedasys – It can almost be called a robot anaesthesiologist, the Sedasys is a computer that is attached to the IV and gives the patient the correct amount of sedatives and monitor’s patients’ vitals. It also includes an earpiece that wakes up the patient at the correct time if necessary. This machine helps doctors to perform light to moderate sedations without the support of an anaesthesiologist. Read more...
Holler Box
Scientists are 3D printing human body parts – and are nearly ready to transplant organs. But while the technology’s possibilities are exciting, already there are fears we could be ‘playing God’. Read more...
Holler Box